Humidity in House vs Outside – Tested 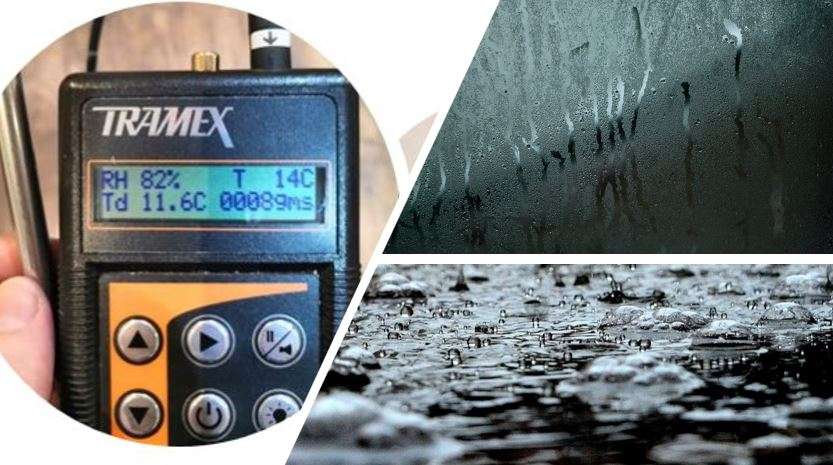 This is a question we are often asked and, put simply, it depends on a lot of factors. That said, in the UK, for an ‘average’ home relative humidity tends to be in the 30% to 60% range. Most often it would be in the 40% to 50% range in most parts of the house.

We say ‘most parts of the house’ because, as we have seen in previous articles we have written this can vary a lot by room, especially in bathrooms, you can see more on this in our articles which explain:

In those articles, you can find useful information on what causes humidity in houses, which in turn can lead to condensation, damp, and eventually mould problems.

Let’s start with the top five things that add to humidity:

More on that last point later but for now, to help balance out some of the things above, what can you do to help reduce humidity in your home?

Here are the top 5 things that can help control or reduce humidity:

On the subject of fans, heat and temperature, you may be interested in our article about if fans do help cool you in hot weather (and the cost to run them!)

Humidity in House vs Outside Conditions

Whenever you look into how to control humidity in houses, ventilation is often mentioned. This is because generally, by having good ventilation (natural or mechanical) you can either extract higher moisture containing air or introduce lower condensation air. Both of which have the affect of reducing indoor condensation.

But is outdoor air really lower in condensation than indoors? In order to look at this, we ran a test over a weekend in January 2022. We placed data logging humidity meters, which also tracked temperature, in four locations to compare, those locations were:

As you can see, we chose these as each of them (a) varies and (b) moves each step from an indoor to an outdoor environment in increments. The results are below.

First of all, let’s look at the temperature inside vs outside (more on this later):

As you can see, there was quite a difference between indoor room temperature in the lounge and outside, which is what you would expect in winter! Also as you would expect, the lounge was generally warmest and it got progressively cooler in the conservatory (about 5°C colder) and the garage (about 5°C colder again) and the outside, which was about 2-3°C colder than the garage.

Interestingly over the weekend it was generally rainy, which will have an effect.

So now, let’s look at the humidity levels in each area:

As you can see above, the numbers were ranked in the reverse order of temperature, with higher humidity outside. But wait, I can hear you say!…

If relative humidity is higher outside, why would I want to ventilate to let that air in when it is higher than indoors? So, there are two things to remember, which are related to each other.

We measured relative humidity in our silica gel packets test, which is worth reading..

Because it was much colder outside (by more than 10°C) that colder air can hold less moisture, making relative humidity higher. However, if we look at actual moisture in the air (measured in Grams of Moisture Per Kilo of Air – GPK), outside was around 6 GPK vs 7 indoors, so less.

Plus, remember that when looking at places with much higher humidity than in a lounge, especially bathrooms, you see situations of temperature around 20°C and 90% relative humidity. In GPK terms that is around 15-16 which is much higher. Replacing or extracting moist air like that is beneficial to control humidity. The main downside would be that, if you are simply opening the window, colder air is coming in, which is why extractor fans and PIV units are beneficial.

If you have a problem with damp, condensation or mould in your home or business, contact us today and our team will be glad to help you.

Is higher or lower humidity better?

Whether higher or lower humidity is better will vary on a number of things. Firstly the context you are talking about, ideal humidity in houses may be different to outside, or for example, in industrial settings or farming (indoors or outoors). Plus, there is an element of personal preference, especially humidity in houses. That said, generally a mid-range humidity in houses is seen to be best, not to humid and not too dry. 40%-50% is a good middle range.

Tags:humidityhumidity level in househumidity levels in house ukhumidity sensorwhat is humidity in weather
We use cookies on our website to give you the most relevant experience, remembering your preferences and repeat visits. By clicking “Accept All”, you consent to the use of ALL the cookies. However, you may visit "Cookie Settings" to provide a controlled consent. Read More.
Cookie SettingsAccept All
Manage consent