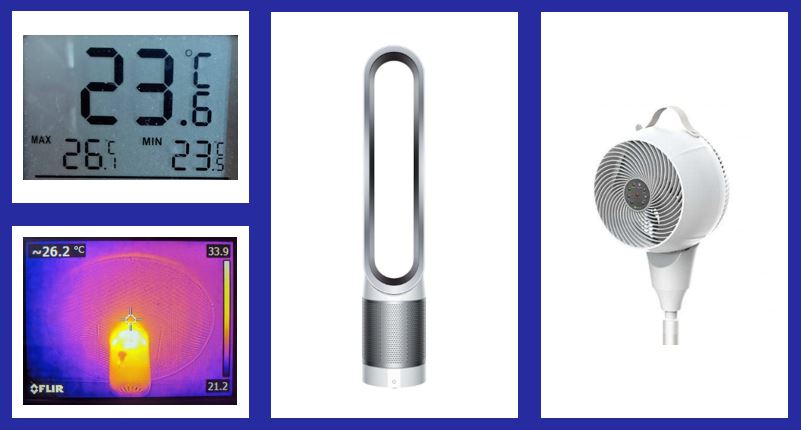 When the temperatures rise in the UK and we have a heatwave like we are having at the moment, the fans start to come out but do they work effectively to cool you down when it is hot? Also, do they use a lot of electricity and how much do they cost to run.

In this article we take a look and compare some different fans, the results are interesting!

We understand climatic conditions in properties, especially heat, moisture and relative humidity which play a part in understanding how a property is drying after a water leak detection work. Humidty can also affect how temperature feels so you, dry heat vs humid ‘close’ heat is different.

We also use ‘fans’ to help dry properties with water damage – although they are not like normal fans, plus we actually call them ‘industrial air movers’.

Do Fans Work to Cool Down a Room?

This is a very commonly asked question when looking at fans and the answer is yes and no, but we will explain why we say that now!

Firstly, take a look at these thermal imaging pictures below of a standard pedestal fan:

As you can see, like a lot of electrical appliances, when a fan is being run it actually generates heat. This is especially in the area around the fan motor which drives the fan blades. As you can see, the temperature of the fan is about 5-10c higher than the room temperature – although the fan is ironically likely cooling itself!

The flip side of that is that it is helping to circulate it’s own heat that is being generated. However, there are a few things to point out to help defend or justify the use of fans!

Firstly, especially in a larger room that is only likely to make a small difference. Plus there’s other benefits of having a an running in hot weather:

On the subject of downsides, this brings us onto another big question.

Do Fans Use a Lot of Electricity?

In order to do a comparison, we looked at three fairly well known fans:

They are, from left to right:

This information table below shows that they use 63, 23 and 43w (watts) respectively, which is not much. In the past, it would not be unusual to see a fan over 100w but these are all lower than that, it also shows a simple estimated calculation for other costs for running an hour or a full day (24hrs):

Plus Remember that what speed you have the fan on will impact running cost too, as will having it running as an oscillating fan or not. For example, the Meaco fan shows itself around s 6w to 24w. Having a fan on a lower power will likely save electricity.

On, that let’s look at the cost to run a fan next.

Do Fans Cost a Lot to Run?

As you can see form the table we showed above, relatively speaking, fans are cheap to run in the UK. Even the most powerful one only uses just 1.76 pence per hour. Even if you have one on for 24 hours, they cost between 16 and 42 pence per day.

We are not knocking air conditioning but that amount of energy usage is over 15 times more than even the most powerful fan in our list and a staggering over 40 times more than the lowest power one!

Do Fans Dry The Air?

This is another interesting question with a simple answer but with more to add to explain! Put simply, fans do not directly dry out the air they simply move it around. However, there is more to it than that!

Fans can help aid evaporation which in turn dries things, especially in combination with heat. Think of it being like drying your washing clothes on a dry windy day vs a cold still day. We know which works better. This is just one of the reasons they are used to help dry properties, especially at what we call stage one of drying, where there is surface water.

Hopefully this explains why, for example, fans can dry your skin or other things, so be aware of that if it is something your are vulnerable to or concerned about. However, at the same time it can help evaporation of sweat and cold you down.

The other things is that humidity (like air pressure and moisture in materials) likes to equalise. So lets say for example it is humid inside your house but dryer outside, having a fan moving will help move air in or out of the property to speed that up. We discussed this more in our article about bathroom extractor fans and bathroom condensation.

Fans can also help with bringing in cooler evening air and removing heat that has built up in your home during the day in the UK. Generally our homes in the UK are built around conserving heat in colder months but the downside of that is that they can retain heat in winter.

This is explained very well in this vide on Youtube from ABC News in Australia talking about Vernacular Architecture and what that means for heating and cooling houses in different climates:

Other Articles Relevant to Fans:

Do fans cool down a room? 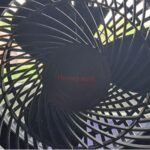 Fans do not directly cool down the air in the room (they can actually had heat themselves). However, they can help circulate the air making it feel cooler (like wind chill does) and they can help remove warm air building up and bring in cooler air to help make it mean more comfortable in hot weather. Overall, they are a cost effective way of helping you feel cooler.

Do fans use a lot of energy? 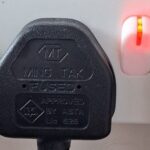 Relatively speaking, modern fans are relatively low powered in comparison to older fans. Most will be around (or under) 30-50 watts to run, depending on the size and model. Many are lower than that. That equates to 3 to 5% of 1kw. Bearing in mind that (at the moment) electricity is c.28p per KWh that is not far of 1p / hour to run in the UK. Which for something that can make you feel cooler in hot weather is worth it in our opinion!

Do fans cool dogs? (and cats!) 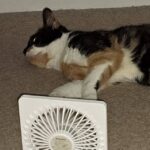 Dogs and cats have a different biology to humans and cool themselves differently as a result, dogs by panting for example. However, like us (and not helped by a fur coat!), they may like a fan to help cool them down by helping remove heat from their body. At the end of the day, as dog and cat owners know, if they don’t like it they wont lie in front of it! If you think your pet is struggling to cope with heat, get advice from a vet.

If you have need help finding a water leak at your home with our trace and access service, get in touch with our friendly team today. We offer these services to both domestic and commercial customers, including commercial leak detection.

As experts in both water damage restoration and leak detection, we have you covered.

Tags:best fancheap fancooling fando fans cool youdo fans workexpensive fanfan running costfans dryinghumidity
We use cookies on our website to give you the most relevant experience, remembering your preferences and repeat visits. By clicking “Accept All”, you consent to the use of ALL the cookies. However, you may visit "Cookie Settings" to provide a controlled consent. Read More.
Cookie SettingsAccept All
Manage consent