Mould on Walls – Stop It 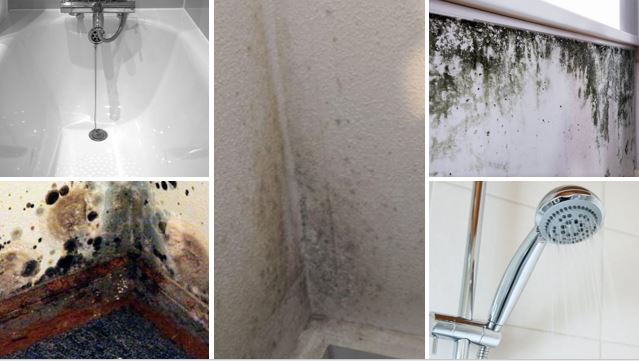 Mould growth in your property, whether it is mould on walls, ceilings or on other surfaces in your property needs the presence of mould spores to grow (a bit like seeds for plants). However, as mould spores are around us are common there are a number of things that you can do to stop mould. Prevention is better than cure but these will help stop mould, including black mould, on walls and other areas.

We have written a useful article about damp on walls which often can be a contributing factor to mould and condensation on walls too.

How to Stop Mould on Walls…

First of all, remember that in the UK we spell it ‘Mould’ not ‘Mold’ as they do in the USA. We wrote an explanation to Mould or Mold which also explains in detail about how it can affect your health, how to remove it (when you have it), warnings about using bleach on mould, explaining how water leaks can contribute to mould and explaining how professional water damage experts such as us handle mould.

Mould grows more often where ventilation in an area of your property is poor, partly related to step 6 but also because good ventilation will help control moisture and humidity in houses that mould prefers. This is especially the case in bathrooms and ensuite shower rooms (which are often shady – see step 5!) If you have a problem with condensation, that can mean a higher risk of mould in your property.

Ventilation can be improved by opening windows regularly (even in winter if you can) or having them on ‘vent’ and having good extractor fans to remove humid air – which is why they are common in kitchens and bathrooms, where mould on walls can be found.

Moisture and humidity helps mould to grow, if you can reduce these moisture sources then it can make mould less likely to grow. This is especially the case in colder months of the year because, as we said it step 1, condensation can contribute to mould, especially with things such as bathroom condensation. Think of it like watering a plant seed to grow. We have a great tip for how to help stop condensation whilst having a bath, with reductions of bath steam and humidity (causing condensation) of 45!

Clearly this step goes hand in hand with step 1, as even when you have moisture sources, good ventilation can help to control moisture in your bathroom and kitchen especially. A good example being kitchen extractor fans and cooker hoods.

Clearly, as we see regularly, a water leak can be a moisture source. Mould can sometimes be a sign that you have a water leak, especially if is seen in a place you would not normally have moisture present. Even a small water leak can help feed mould, especially on certain surfaces in your property (see step 4)

This is perhaps one of the trickier things to control as mould generally prefers ‘room temperature‘ conditions which are obviously very common in our homes and businesses. We inadvertently provide excellent conditions for mould on walls and ceilings etc.

What we would say is that the other steps on this list can help with this and the more of these you can work on, the less chance you will have of mould on walls.

GET HELP WITH MOULD OR A WATER LEAK

Step 4 – Surfaces to Watch out For

This sounds cryptic but mould needs a ‘food’ source, just like plants need soil. Mould grows far better on organic materials in your property. This includes plasterboard, plaster, wood, wallpaper or even materials such as leather. Leather sofas and chairs regularly get mouldy, especially after a bad leak or flood. Mould on walls is most commonly seen on plaster (even painted plaster) and wallpaper.

On the subject of plasterboard, we have a really informative article looking at Moisture Resistant Plasterboard, what it is, what protection it gives and possible downsides.

Very much related to some of the previous points, mould does not like to be in direct sunlight/ Not only does the sunlight help to keep areas dry but also the UV light in the sunlight can help to kill mould. That is why you see mould on walls more commonly in shady corners away from windows etc.

It is hard to control this totally in your house, but you can keep curtains or blinds open and be aware of watching out for mould in shadier spots in your property.

This is linked to steps 1, 2, 4 and 5 above! Mould will more likely grow on areas which are not disturbed as much, especially less so on surfaces that are cleaned regularly or come into contact with other things (like a table top would for example). Thinking about places mould prefers, they are perhaps less likely to be cleaned. Think about mould on walls for example, most people would perhaps clean their walls less than other parts of their house.

Also cleaning surfaces where condensation collects is important, partly to dry them too. Remember, it is better to avoid having to dry excessive condensation by preventing it in the first place – see steps 1, 2 and 5. To understand why condensation forms, see our explanation of dew point in our page on humidity in property, for which an infrared thermometer can help. We also have a dew point calculator.

We have written an article on anti mould paint which is worth checking out too.

There are similarities with this guide and our guide to condensation in loft spaces, which may be worth a read too. There is also another article on different types of damp, which can cause mould on walls. We can help with both these problems.

Tags:get rid of mouldmould on ceilingmould removerstop mould
We use cookies on our website to give you the most relevant experience, remembering your preferences and repeat visits. By clicking “Accept All”, you consent to the use of ALL the cookies. However, you may visit "Cookie Settings" to provide a controlled consent. Read More.
Cookie SettingsAccept All
Manage consent