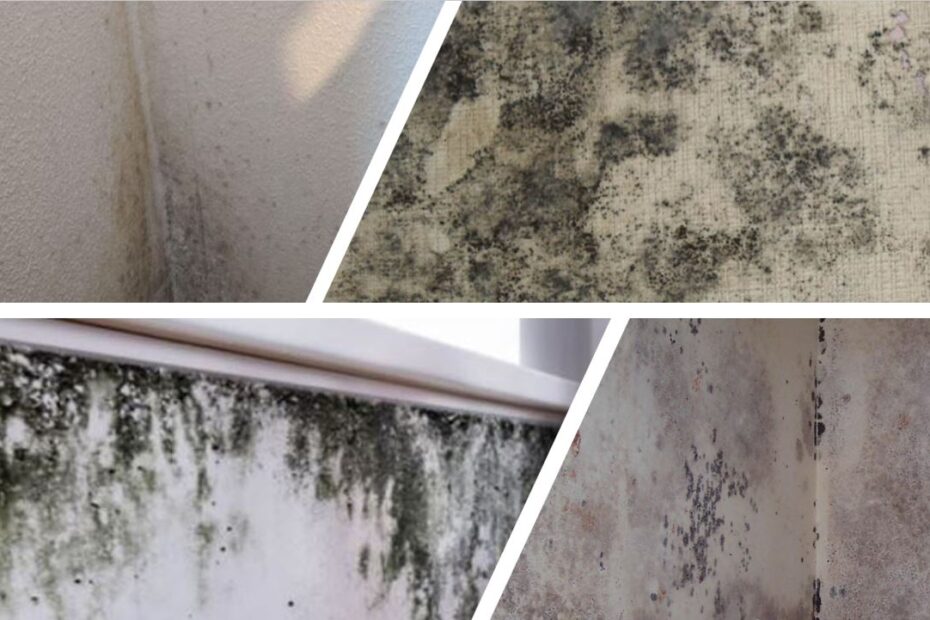 Is it mould or mold? What is the difference? Well, first of all we need to explain this is in the context of this being a chat about the stuff that grows in your house in damp conditions or on your food (especially bread!) if you leave it too long not the kind of ‘mould’ like a jelly mould!…

Generally Mould is the UK spelling and Mold is the spelling in the USA. In Australia, they spell it ‘Mould’ too. Canada mostly does too but, most likely because of their proximity to the USA, it is also sometimes spelt ‘Mold’. So no matter if you call it Mould or Mold, this could be useful.

What is Meant by Mould?

Mould or mold is a generic term to describe a whole group of fungal growths that prosper and grow in certain conditions (more on that later). For the purposes of this page, we will just focus on the moulds that grow in houses, including black mould, especially in damp environments. Moulds can of course exist in the world of food and can be wanted (e.g. on blue cheese) or not (on your mouldy bread!).

Mould generally grows on porous, organic materials in the house – so on building materials such as plasterboard, wood, paper etc. As they grow or reproduce, they produce spores that float in the air or land on other surfaces. These can in turn grow into further patches of mould if the conditions are right.

Because mould has many different types, they look different, have different risks (more on that later) and can, in some instances be mistaken. For example, some people mistake efflorescence as mould an vice versa.

Mould or mold spores actually exist in properties more than people sometimes realise, waiting for the right conditions to grow. Think of it as like picking up a seed, putting it in soil and watering it.

Is mould Harmful to Humans?

Yes, mould or mold can be harmful to humans (and animals too). They can cause health problems, especially when found in large quantities or left untreated. This can be very serious in some cases, especially after prolonged exposure and if people are more prone to respiratory problems (e.g. asthma), the elderly / young children or have other health issues etc.

In fact, there is a section about mould on the NHS website – they explain the many health risks. They also say – “Mould and damp are caused by excess moisture”

Clearly a cause of excess moisture can be a water leak, which is why we are interested in this subject. When water leaks do occur and cause elevated moisture can help enable mould to grow – like our example of watering a plant seed earlier. Mould needs moisture – and other things (more later on this).

If you have mould, don’t ignore it. Do something about it or get professional help.

Does Mould Mean I have a Water Leak?

Possibly, although it is very important to say that mould can be caused by a combination of things. A water leak is just one of the possible reasons for having mould in your house. Mould and damp can be one of the signs of a water leak. The moisture could be coming from a condensation problem, which in turn may be related to poor ventilation etc.

The important thing with mould is two-fold…

As we said earlier, mould or mold generally grows because of a number of factors and excessive moisture is just one of the things on that list. But lets explain things mould needs to grow, several of which are related to each other…

The Presence of Mould Spores – as we said earlier, mould spores are frequently found in properties. Often being dormant waiting for the right conditions to grow.

Moisture / Humidity – this can be caused by a water leak, flooding, excessive condensation, humidity (typically 65-85% relative humidity) etc. This is why mould can be more common in bathrooms and kitchens as there is increased steam from baths, showers, sinks, cooking and so on.

The Right Temperature – mould can grow at different temperatures but a good temperature that mould will grow better in is generally around the ‘room temperature’ conditions seen in houses (so around 16c to 26c / 60f to 80f), so it is unsurprising to see it in properties.

Organic Material to Grow on – as we said earlier, mould likes materials such as plaster / plasterboard, wood, paper / wallpaper etc to grow on. It can grow on some painted surfaces, although there it is not uncommon to see ‘anti mould paint’ available now.

Low or No Air Movement – mould is more common where in static, ‘stagnant’ air conditions, which is why it is always important to have good ventilation from extractor fans and / or windows (even in winter). Obviously, this can go hand in hand with moisture from condensation too. In some instances, a PIV unit can help with this problem, or even air brick vents.

Lack of Direct Sunlight – mould does not like direct sunlight, which is why it is more common in darker / shady places. It is also one of the reasons you tend not to see mould outside. The UV light from the sun helps to kill mould and other pathogens too.

Lack of Disturbance – mould will grow on surfaces where it is not disturbed. For example from being wiped, brushed up against etc. Clearly this is linked to the ventilation point above too.

So to reduce or prevent mould, make sure you watch out for these things above. For more on this, see our article on how to prevent mould on walls and also anti mould paint.

How do you Remove Mould?

Mould removal and remediation is an area of expertise we are familiar with. If you have a mould problem, get in touch with us and we can help with mould removal.

There are a range of specialist mould treatment chemicals available and we have professional mould remover products to get rid of the mould and help to prevent it returning – provided, as we said before, that other measures are taken to remove the factors that cause mould. They also have a residual effect meaning that they continue to make the environment or surface inconducive to mould growth.

Something that needs care whenever a mould remediation specialist treats mould is being aware of the respiratory risks as disturbing mould can release spores causing not only a health risk but also.

One thing that regularly gets asked about Mould is…

Can You Use Bleach on Mould?

Interestingly, bleach is something that people think of immediately turning to when trying to treat or remove mould. However, bleach is not the best solution for treating mould. In fact you should not use bleach to remove mould. Why?

Bleach may superficially look like it removes mould, however, it can just change the colour of it or just affect the surface of mould, not the roots – bearing in mind that mould will likely be embedded in the porous material too. Effectively you are just making it look better in the short term, and that can be short lived. People may think the mould has gone but it will likely return if you are not careful. In fact, using bleach can actually make your mould problem worse! How?…

Firstly, bleach can cause the mould to form and release spores (know as ‘sporification’) making it spread. Also, bleach has a high water content, which can provide moisture that the mould needs to grow, making your mould problem worse potentially. There is an interesting video on YouTube about Bleach and Mould (or Mold as it is called on there) – its a video from the USA so we know what side on the ‘Mould or Mold’ discussion they side with!

The other thing is that bleach can be harmful too and is corrosive. It can damage things you use it on.

Specialist products are designed to remove and prevent mould, utilising antimicrobial properties. Going back to our initial comment, about mould or mold, it will either be an antimicrobial mould remove or ‘mold remover’ depending on where you are from.

What is an Antimicrobial?

Antimicrobial is a widely used term nowadays and, in a nutshell, it means a product or substance which is able kill or stop the growth of microbes (found typically in mould or mold, mildew or bacteria). There are different types of antimicrobial designed for different purposes.

How dangerous is mould in your house?

How to get rid of mould?

The important thing with mould or mold is to firstly find out the reason it has formed – what are the conditions in your property that have caused mould to grow, in particular looking at sources of moisture that help mould to grow. This can come from damp, condensation or a water leak in your property. Once you have established that, then treat the mould (or get a professional to do it for you) with a specialist anti-microbial mould remover – remembering to follow health and safety precautions.

We started out looking at if you spell it mould or mold but hopefully, no matter which you spell it (mould or mold) it is an interesting subject and potentially brings health risks and other considerations. So if you have a problem with a leak, ‘mould or mould’, damp or moisture, get in touch today.

On the subject of mould problems, condensation and humidity, we discussed it in an interesting recent blog post about silica gel and how it works, including an interesting experiment.

Tags:black mouldmold or mouldmould or moldmould or mold ukmould removermould spray
We use cookies on our website to give you the most relevant experience, remembering your preferences and repeat visits. By clicking “Accept All”, you consent to the use of ALL the cookies. However, you may visit "Cookie Settings" to provide a controlled consent. Read More.
Cookie SettingsAccept All
Manage consent