Beast from the East – Help & Advice 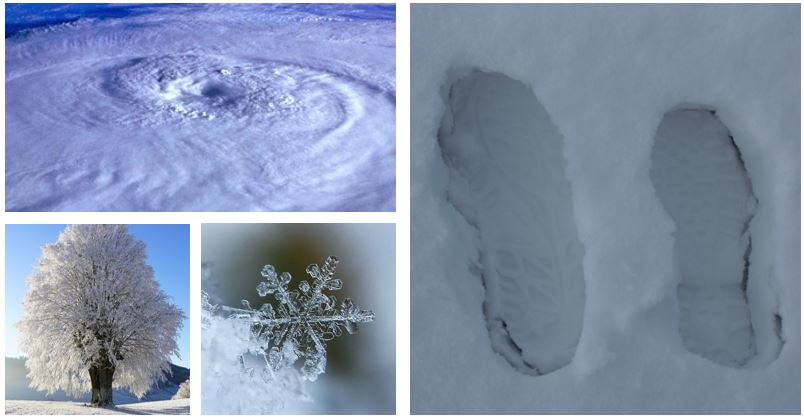 What is the Beast from the East?

In the UK, the ‘Beast from the East’ is actually a phrase which, although regularly associated with one particular winter storm that hit the UK in 2018, is a name generically given to cold winter storms arriving at the UK as a result of primarily easterly winds bringing very cold weather conditions to the country from Europe and the Arctic.

It can conflict, and ultimately, overcome the gulf stream weather which normally keeps the UK’s weather relatively mild in comparison to other countries at the same latitude.

As a result of this effect, the weather is significantly worse than normally experienced bringing disruption (and danger) to the people of the UK and surrounding countries. It can, and did cause a lot of problems in the UK with frozen water pipes and, then water leaks in properties from freezing pipes

As we said the Phrase is often associated with the 2018 storm but, it’s likely that future storms will be given the same name. In fact, some people have already mentioned…

It seems like we might hear about the Beast from the East in the future again, so we’ll help you to understand what impact it could have on your property, the risks and importantly, what you can potentially do about it to make sure it does not cause a water leak.

GET HElp with a water leak

When did the Beast from the East hit the UK?

The ‘original’ one was in 2018. Interestingly, it’s official meteorological name was ‘Anticyclone Hartmut’. It was formed in late February 2018 and hit the UK in early March, bringing very cold air and snow originating in the Arctic and Siberia in Russia.

It was made worse, in part, by being combined with Storm Emma, which came from the south bringing snowy conditions. These two storms combined brought the especially bad conditions which also very sadly caused multiple deaths.

Temperatures across the UK reached well below -10° C even during the daytime, which as you can imagine caused a lot of issues with frozen pipes, and then after, water leaks from frozen pipes thawing.

Beast from the East & Frozen Pipes

You can see from the chart showing google searches for ‘frozen pipes’ over the last 5 years how dramatic the effect of this was vs regular years. Demand for water leak detection specialists such as ourselves was very, very high and far higher than ever seen before in recent years.

The additional chart below shows how people searched about the storm, then soon after as things started thawing, the peak came for people looking for help with frozen pipes.

So if The Beast from the East 2 or 3 is expected to come to the UK again, make sure you read our tips on preventing frozen pipes in our guide. That page covers 21 things that you can do to help prevent frozen pipes (and so water leaks) in your property. As we always say, prevention is better than cure so when you are expecting a very cold snap, take some of those steps to keep you and your home safe.

If you want to read more about the Beast from the East, there is a useful article from the UK Met Office which is a good, short guide to what causes it and what months of the year it is more likely to happen in the UK. Also, if you need to turn off the water to your house in the event of a frozen pipe leak, it is useful to know about stop taps and isolation valves etc.

Storms in the UK are usually named by the UK Met Office, such as Storm Arwen from November 2021, but the Beast from the East is a more generic name, used on more than one occasion.

Remember that Frozen Pipes was number 1 on our list of our Top 10 Causes of Water Leaks in properties. That is worth a read to find out what the other 9 are!

Tags:beast from the east 2frozen pipe home insuranceice pipe leakpolar vortex
We use cookies on our website to give you the most relevant experience, remembering your preferences and repeat visits. By clicking “Accept All”, you consent to the use of ALL the cookies. However, you may visit "Cookie Settings" to provide a controlled consent. Read More.
Cookie SettingsAccept All
Manage consent