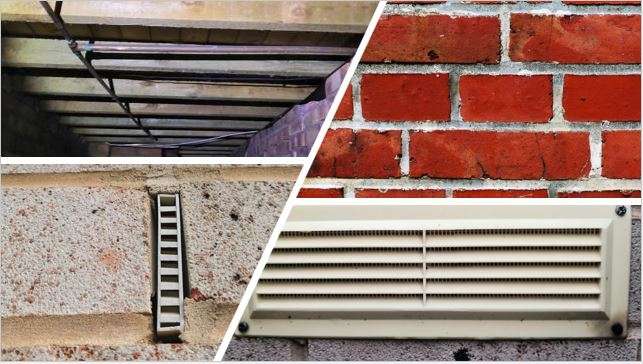 What are Air Bricks?

Air Bricks, or vent bricks as they are sometimes called, come in many shapes and forms but basically, they are often a brick sized and shaped piece of construction material with ventilation holes in them to allow air to pass through them. Not all houses will have vent bricks as it will depend on their construction, design and when they were built. As we will discuss later, they do have an important role to play in helping to protect properties.

In this article, we are talking about low-level air bricks but they do also sometimes exist in properties at a higher level to provide ventilation to bedrooms and bathrooms too. Although, over time, things like extractor fans, tickle vents and PIV units are becoming more common.

They are normally made of a brick, clay, terracotta, metal or plastic.

GET HELP WITH A WATER LEAK or DAMP

What do Air Bricks do?

Often air bricks are installed in properties with suspended timber floors, block and beam and / or cavity walls. Taking suspended timber floors as an example, air bricks allow ‘fresh’ air to ventilate under the floor to help prevent the build up of moisture or condensation. As we discussed in our article on condensation in lofts, poor ventilation coupled with moisture build up can lead to mould problems, including black mould or the wood to rot.

Good air flow from air bricks can make a big difference to help this. We do lots of work in sub-floors, such as when looking for a leak under floorboards and when a property has good ventilation from air bricks, not only can it help with lessening the water damage, it can also help to dry the property after.

When working on a sub floor, you can even feel the flow of air from vent bricks. One thing you should avoid, unless there is a very good reason for it, is to cover over air bricks as you will lose the benefits of ventilation. It can cause problems in the long term. You can get air brick covers, such as those shown below, but do not block them completely. More on this in the next section.

Air bricks are often situated around the perimeter of a property, or at the front and back. So even covering up one side can cause the air not to flow properly.

GET HELP WITH A WATER LEAK or DAMP

As mentioned previously, air bricks are necessary in properties that are designed to have them due to the nature of their construction. They play an important role in protecting the property from damage.

In some instances where, for example, suspended timber floors are replaced with solid floors, air bricks may no longer be needed. But in that instance, always get the advice of a surveyor.

Also, air bricks are sometimes fitted in other places to help prevent other things. For example, where a fireplace is bricked up to allow for air flow. Also, in some situations, brick vents are there to provide ventilation for gas appliances (fires or boilers etc). For advice on this, speak to a Gas Safe engineer.

If air bricks are blocked up or become defective, it can cause problems with damp, wood rot, condensation build up and mould. Over time, these can cause structural damage to a property and even, in bad cases, cause the floor to break. If you feel a ‘spongy’ or soft area of your floor you could have a problem with this – but also remember, this can be a sign of a water leak!

So if this happens to you, get in touch with our team today for help.

One thing to watch out for is when you have work done at your property, especially if it is an addition (such as an extension) or improvements (such as adding insulation, cladding or rendering). Things of this nature need to be done with one eye on not harming existing building structure safety measures such as ventilation, they can easily be blocked by mistake.

As we have said, they are there to give benefits to a property but are there any downsides? A few potential downsides to air bricks to watch out for:

We hope now that you can see the benefits of air bricks and how, even though they can have some issues, these can be overcome quite easily.

Can air bricks cause damp? 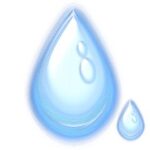 Ordinarily, air bricks should help prevent damp not cause it. However, there are some instances where the air bricks can let water in. This can include if they have been installed incorrectly, too close to ground level (and combined with that) let rain or standing water in. As we said, this should not ordinarily happen and and small amounts of water that are let in will likely dry thanks to the air bricks ventilation. One instance which can cause an issue with air bricks is flooding, as that will clearly let water in under your property.

Does blocking air bricks cause damp?

Blocking air bricks is not advisable under normal circumstances. They are installed to perform a specific purpose and to improve air flow in the sub floor of the property and to protect it from damp and mould. If there is any moisture present in that area, the air flow from the bricks will help to ventilate and keep the area dry. Without them or having them filled in / blocked, issues with damp are more likely.

Tags:air brickair brick coversair brick installationair brick meshair brick vent
We use cookies on our website to give you the most relevant experience, remembering your preferences and repeat visits. By clicking “Accept All”, you consent to the use of ALL the cookies. However, you may visit "Cookie Settings" to provide a controlled consent. Read More.
Cookie SettingsAccept All
Manage consent