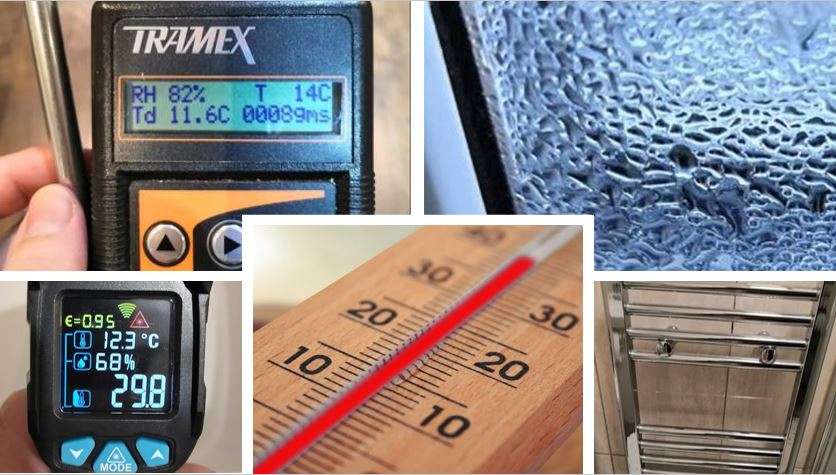 What is Room Temperature?

You might hear people talking about ‘Room Temperature’ informally as though it is a specific temperature. However, realistically it varies according to many factors (too many to list all). At the end of the day it is a combination of the climate (including the effect of outdoor conditions) and what you do to control that temperature, both heating and cooling.

What Should Room Temperature be?

Most people in the UK tend to find the sweet spot for room temperature is in the range of 18-22 °C give or take a few degrees. This will vary from person to person as people have different perceptions and tolerances to heat and cold. Plus, how this room temperature feels to people can vary depending on things such as relative humidity in the room, ventilation / air flow and of course what they are wearing!

The other things that varies in an individual property is what room you are in around the house. For example, some people like bedrooms to be colder for sleeping and living rooms warmer. In this particular article, we are going to focus on bathroom temperature and humidity, following our articles on bathroom condensation, baths vs shower and black mould in bathrooms. In particular how temperature and relative humidity varies in different locations in a bathroom.

Why is Room Temperature Important?

In the work we do around leak detection, work on condensation problems, damp (including damp on walls) and mould problems, temperature and humidity are both important factors.

In particular, we are interested in understanding the links to humidity and water leaks / water damage and also climatic conditions that can lead to mould, condensation and damp problems. We explain this further on our dew point calculator page and our article explaining infrared thermometers.

On top of that, we do a lot of work in bathrooms, shower rooms and ensuite bathrooms, so we thought we do an experiment to understand how the conditions vary in different locations in a bathroom (more on this later), and understanding how that affects other things too.

In our recent article about black mould, we looked at how (even in the same house) the temperature and relative humidity vary in a house. In that article we showed these charts:

As you can see, there are significant variances in room temperature and relative humidity both in different rooms, time of day and according to what activity is taking place in those rooms. We discussed that last point in more detail in our article about bathroom condensation and our article on humidity in houses, in which we did some tests. So on to our new test…

Room Temperature and Humidity – Our Test

This test took place in the UK in February, when the outside temperature was around 5 to 10°C during the daytime. The property had central heating on during the day with the thermostat set to 19°C.

In this test we placed five different hygrometers, which measure room temperature and relative humidity. We placed them in different fixed locations and different heights to see if these made a difference. This information might explain why certain locations get higher levels of condensation or mould, such as condensation on windows, mould on walls or damp on ceilings.

The five locations we monitored (for 24 hours) were:

So let’s look at the results, from noon one day to the next…

The chart below shows the air temperature across the five location over the 24 hours:

As you can see, there are quite a lot of variances, both by placement and by time of day. You can also see how certain events impact on the room temperature readings too. For example, at two points in the day when people took a bath (at about 6pm and another at 10pm). Plus how sunshine shining on the window in the morning had a dramatic effect!

It is interesting to see the following observations:

The table below shows the average room temperature by location in the bathroom:

So, as you can see, the window was on average, just under 1 degree colder and the radiator about half a degree warmer. Although, as we said above, that varied a lot during the day.

The results of this test are interesting but what about humidity?…

Before we look at the humidity stats, remember that ‘Relative Humidity‘ is “the amount of water moisture / vapour in the air, expressed as a percentage, relative to what that air is capable of holding at a given temperature“. As we said in that linked article, the temperature makes a difference, as warmer air is generally capable of holding more moisture.

As you can clearly see above, the variances in humidity is very dramatic in comparison to room temperature. As expected, there is an inverse relationship between temperature and humidity. That said, the lines are often close to each other, irrespective of location. The slight difference is the floor level but the main, dramatic, difference is (as expected the window).

Apart from the fact that it is colder, there is a bit of a ‘chicken and egg’ situation as remember we are looking at air temperature. In actual fact, like other parts of the room, air temperature will be different to surface temperature (which we know is important for dew point).

This is especially the case for the window, which is much cooler even though it is double glazed. Condensation settled on the window, especially when having a bath which in turn contributed to higher humidity in that area, because of the presence of moisture.

We might look at this a bit more for a separate test article. We’ve already looked at it as part of our article on condensation on pipes and condensation in lofts.

Importantly, during the period of our test, the window was closed, we will look at how opening affects these stats another time. We’re sure it will be interesting to see that.

So overall, the test proved to be interesting and showed how, even in the same room, location and external factors (of which there can be many) can have an impact on room temperature and humidity. These in turn can have an influence, along with other factors, on condensation, damp and mould etc.

If you have a problem with damp, condensation, mould or humidity in your property, get in touch with us to discuss our survey services we offer in these areas, as well as treatments.

On the subject of testing humidity, you may want to read our article about silica gel which explains what it is, how it works and an experiment we did to test it.

CONTACT US
Tags:bathroom condensationbathroom humiditybathroom mouldbathroom temperatureideal room temperaturerelative humidityroom temperature thermometerroom temperature uk
We use cookies on our website to give you the most relevant experience, remembering your preferences and repeat visits. By clicking “Accept All”, you consent to the use of ALL the cookies. However, you may visit "Cookie Settings" to provide a controlled consent. Read More.
Cookie SettingsAccept All
Manage consent